Flying into Sydney I was enthralled by the purple trees below. What were they? Our taxi driver from the airport told me they are Jacaranda trees and said that there was a tale about a midwife in Sydney giving a tree to the parents of every newborn. That is the reason for so many in the city. On a return trip in a taxi the story changed, to each district giving those who became citizens of Australia a jacaranda tree for their garden. Who knows which is the correct story of the trees. 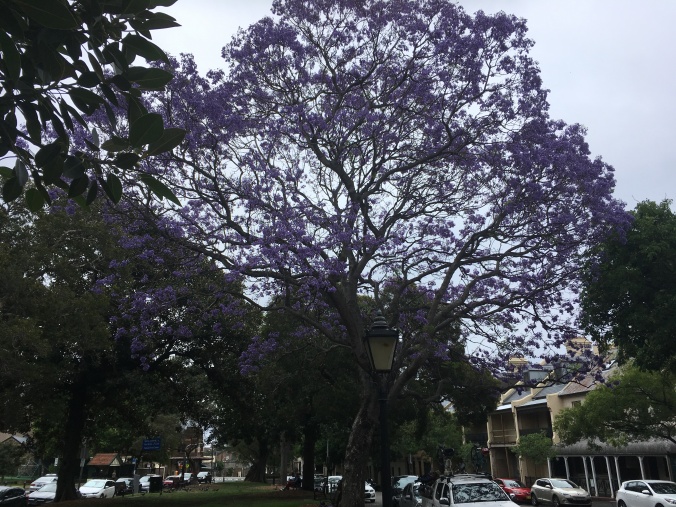 Sydney was not welcoming. It was cold and raining and the newspapers told me it was the coldest November weekend in ten years. Great. The Opera House and Harbour Bridge were wrapped in grey clouds and I was enveloped in a fleece and waterproof. Our hotel was just off George Street. I had heard great tales of what a wonderful street it was. The problem is George Street is a building site – a new tram line is being installed, already over budget and running over time. You couldn’t see from one side of the street to the other due to the hoardings. Very disappointing. It got worse. No one seemed to be working on it through the day but night time the jack hammers came out in force and sleep, at times, evaded me.
So what did I see? Other than the obvious ‘Big Two’ I spent a very leisurely time on a lunchtime cruise around the harbour. I found out where Russell Crowe and Cate Blanchett live (Finger Wharf in Woollooloo if you’re interested). The house where Tom Cruise and Nicole Kidman used to live (I wasn’t impressed), and the fact that Prince Harry likes the Shangri La hotel when he visits Australia. A barbecue lunch with Australian wines shared with other tourists – one English couple, the rest American and a crew member who was born in Byker. 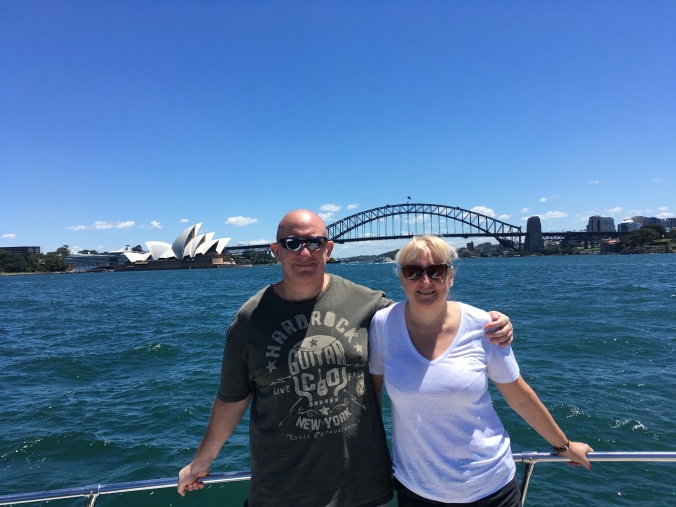 We took the Hop On/Hop Off bus to the Fish Market. Yes, I am becoming a bit obsessed with these tourist buses but they are a great way of seeing parts of the city without ending up with aching feet. This was the place for oysters and fish platters – both at a reasonable cost – unlike the rest of Sydney.
The Rocks, apart from being very touristy and expensive has some hidden gems. Susannah Place is a line of cottages decked out in furniture and fittings from a bygone age. For my North East readers think Beamish in miniature. The houses were tiny but were still lived in up until the 1990’s. The end property was also a shop selling such things as Tunnocks Wafers and Teacakes. What’s that all about? As well as household implements from another era – wooden pegs, carpet beaters and brooms. 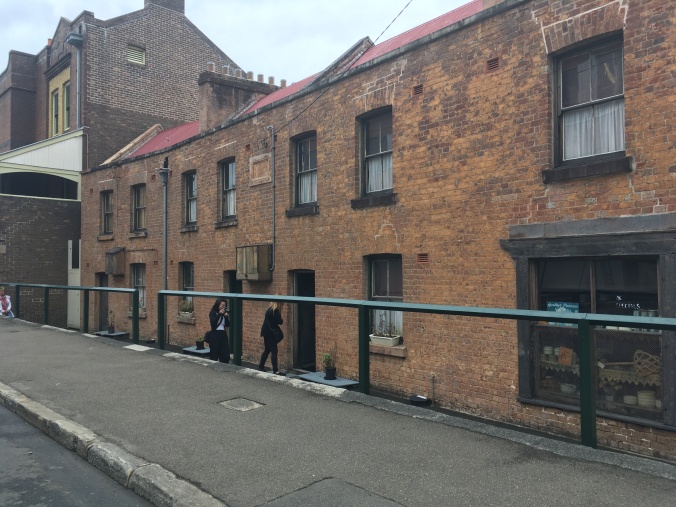 The harbour seemed to be constantly occupied by a cruise ship (four while we were there). The daily expulsion of its inhabitants swelled the tourist population and like Venice they ebbed away when the ship sailed off into the Pacific.
We had the misfortune of being in Sydney on Melbourne Cup day – hotels were offering Melbourne Cup special deals with champagne and competitions for the best dressed on the day. It was the equivalent of Derby Day or Northumberland Plate Day in Newcastle. As with Plate Day the evening casualties were plentiful. Women walking around carrying heels and what were once well dressed men, now looking worse for wear. To cap it all while we were eating in the Rocks the waitress came in from an outside table shouting ‘the man on table 34 has wet himself’. Such class.
Sick of the city on the day before we left we took the ferry to Manly. It was like a British seaside resort from the last century but with surfers. A walk to Shelly Beach and around the North Head Sanctuary gave spectacular views across to Sydney. 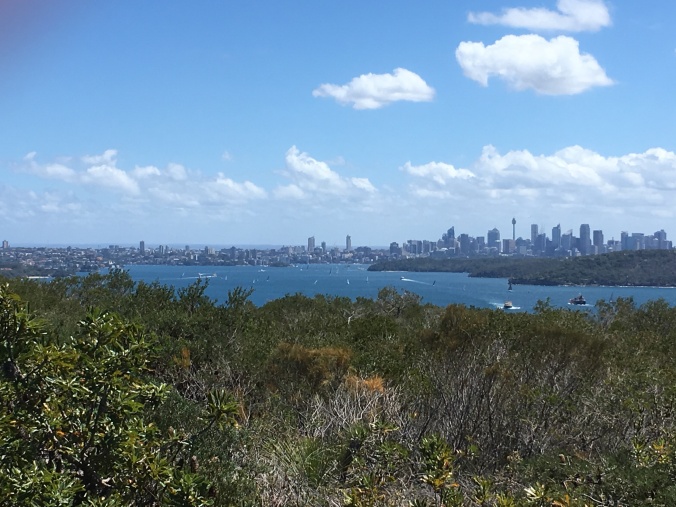 The houses were quaint and many had jasmine hedges. It made you feel as if you were walking through a perfume cloud. In the trees were lorikeets, noisy but colourful. A paddle in the Pacific to ease aching, hot feet was the perfect ending to our few days in Sydney. Like a child waiting for Christmas I was excited for my next location – the Wolgan Valley in the Blue Mountains.